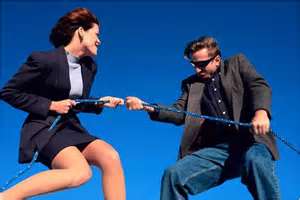 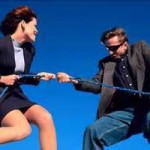 Have you ever wished you had a magic wand to deal with difficult people at work? It’s not that they are annoying on a daily basis, but more that when it’s time to do something differently, or try something new, they are the ones digging their heels in that you have to drag kicking and screaming. You might think you’re being reasonable and explaining the benefits of what you’re suggesting, but somehow the message just doesn’t get through. There’s the Accounts Payable Officer who refuses to process an invoice unless it’s been stamped three times and signed off twice; or the Service Coordinator who believes their Excel based Technician Scheduling System is 100 times better than any fancy software they’ve been given; or the Warehouse Manager who doesn’t understand that his “accurate” Excel stock system may be preventing him from meeting customer demand…

First up, an apology – I can’t give you a magic pill to get someone to miraculously embrace the new. All I can do is point out why people don’t like change and how you can help them to accept it.

So why don’t people change? Particularly when you know the change could help them? When you’re nose deep in running a business, with all your various corporate and fiscal responsibilities, it’s sometimes easy to become immune to the needs of others and completely focused on the dollars and cents. However, the reality is that unless you are running an online distribution business where your end to end process is automated, you will always encounter people with their highly varied needs.

You might believe your business is all about making money and increasing profits, but it’s your staff, your people, that you ultimately need to do this. These people aren’t just cogs in the wheels of the business machinery, but they are valuable contributors to business success. When your staff are happy in their position, they are far more likely to become proactive and innovative in their daily work. These are key ingredients to your ongoing growth and success. Nothing threatens this productive environment than any looming business change. If you deal with the ramifications of the change on your people up front, any glitches will be minor speed bumps on the way, rather than business-crushing catastrophes.

So how do you do this? My top three tips for encourage people to change are”

1)   Listen to their objections and understand/empathise with them

Funnily enough, most people take pride in their jobs and see themselves as the experts in their role and tasks. So when you are proposing something that may directly impact their work, you are potentially threatening their means to do their job. People object to change because they want you to recognise that and they also want to be able to voice their concerns (as the expert) and know that their concerns have been heard. Everyone wants a voice, that’s just human nature. Taking the time to talk it through change issues with staff allows both you and them to understand their objections. The outcome more often than not, is that people realise that the big, scary monster of change often isn’t so bad after all.

Rather than telling people how you’re going to change things, invite them to help you create the change. People are less likely to accept something they feel has been forced on them and more inclined to accept change when they have helped design it.

We are all very attached to the concept of free will and active inclusion of people helps them to feel like they’ve had a chance to exercise this basic right. Additionally, this will also help with cementing the results of point 1) and they be comfortable that their ‘expert’ voice has been heard.

You don’t need to include all your staff in the change process, but you must include the Loud Dissenters and the Project Champions. They are your key to achieving critical mass of positive opinion of the change, so that the change is accepted within the organisation as a whole.

3)  Create a Vision of a Better Future

We fear change when we don’t know what it will bring: Does your change mean my role will change, which means I might lose my job? Does it mean I have to work longer hours? Does it mean I’m going to do something different that I’m scared I won’t understand?

Don’t assume that people can see the big picture. And even if they do, they might not be so sure it includes them!

When you talk about change, give people the pay-off at the end – “We’re doing this because it’s going to make (insert process) easier/faster/more profitable.” Address their concerns – “Yes, this might change your day to day job, but it means you won’t have to stay late/waste time on an unnecessary process” or “You can now do the things you’ve been wanting to do like …”.

We can’t always see the benefit of a change and often we expect the worst. Get around the objections by selling your change clearly so that your staff can see there’s still a place for them.

Change impacts people. As much as it’s easier to say “people have to deal with it” and avoid the messy, “soft” processes, a bit of effort up front will save you a lot of ongoing, long-term pain. Remember that we all like to be heard, we don’t like things forced on us and we need to have hope that things will be better not worse. Remember that you’re dealing with another person, just like you.